«It is very difficult to focus and create art knowing that your family and friends are currently located in an active war zone and hiding in a bunker” said Lina Condes, Ukrainian-born Avant Gallery artist. Condes’ sculptures are created using common industrial stainless steel, fiberglass wood and stone, through which she seeks to authentically represent the emotional and mental lives of modern people. Condes focuses on ‘mental states’, different emotions and psychological conditions that she attempts to represent by blending materials, shape and color. In a way, she works with metal and wood as if they were bronze and marble. In a recent statement, Condes touches on the current state of war in her home country, “It is also extremely difficult to talk about art knowing that your country is fighting and defending itself toward its own independence! For me, today, life is divided into before and after… As well as my art… In response to the turmoil and trauma resulting from the war, it will have a new period - The post-war period»

Ukrainian-born artist Mark Khaisman, now living and working in Philadelphia, is a ‘painter of light’ who creates stunning works using parcel tape, plastics and light. «Tape allows me to manipulate the light in a very direct way. I render images by blocking the light with superimposed layers of translucent packing tape, applied to backlit acrylic sheets» Said Khaisman.

Drawing inspiration from her Ukrainian roots, Ola Rondiak has been creating artworks that reflect the political turbulence and war in Ukraine for nearly a decade now. In a recent interview with ABC News, Rondiak describes the early stages of how the trauma and tragedy began influencing her artistry

«…when the war broke out in 2014 when we were living in Kyiv, Ukraine, I started collecting all the magazines, articles, and newspapers to express what was going on. I intuitively created a version of my grandmothers unfinished Icon, (which my grandmother embroidered in a Gulag after WWII) in a contemporary way, symbolically hoping that this was because Ukraine was finally going to realize itself, which it has, as a sovereign and democratic
nation, and has no right to have a gun to its head».

Ola continues «For me, my saving grace is art, art is symbolic of my family history intertwined with Ukraine’s history, and having been living there for the past 25 years, I felt connected to my grandmother that I never met, and that’s what comes out in my art which is a symbol of freedom and identity».

Alongside Condes, Khaisman and Rondiak, Avant Gallery artists, Marcos Anziani, Paul Rousso and Skyler Grey will be participating in the Art For Ukraine benefit highlighting their pieces that align with the theme of Ukraine, freedom, hope and the blue and yellow color scheme. A continuation of Art for Ukraine will be available in an online auction featured on Artsy.

(Online, March 31 to April 14, 2022 12 p.m. ET)—Impact: Artists in Support of Refugees from Ukraine is an arts fundraiser to be hosted by Artsy online marketplace with the institutional partnership of
the Ukrainian Institute of Modern Art, Chicago.

The art world unites for this benefit to support refugees from Ukraine in
the largest arts fundraiser of its kind. It uniquely raises cultural awareness
of contemporary Ukrainian artists.
The art sale features over 120 lots valuing at nearly $1 million. In a show
of solidarity, many prestigious artists joined the cause, such as Samira
Abbassy, Leilah Babirye, Sarah Faux, Zaria Forman, Jeffrey Gibson,
Tom LaDuke, Steve ESPO Powers, Walid Raad, James Rosenquist, and
Annegret Soltau. The benefit includes work from notable galleries
Winston Wachter, Monya Rowe, Hesse Flatow, Victoria Miro, and Miles
McEnery. The fundraiser crosses generational and representational
divides to unite for humanitarian aid.
Cultural awareness and the artistic preservation of Ukrainians uniquely
defines this sale, as almost half of the participating artists are from
Ukraine or of Ukrainian descent. The sale represents the largest
international, contemporary collection of Ukrainian artists. Artist
highlights include Inka Essenhigh, Lina Condes, Open Group, who
represented Ukraine at the 2019 Venice Biennale, and Nikita Kadan, who
is currently taking refuge in Voloshyn Gallery in Kyiv, which has been
converted back into a Soviet-era bomb shelter.
Proceeds from the sale go directly toward four respected grassroots
nonprofits: Razom (direct war and refugee crisis support), Insight NGO
(LGBTQ Ukrainians), Fight for Right (Ukrainians with disabilities), and
The Ukrainian Art Emergency Fund (direct artist support). Artsy.net
will be donating all their proceeds directly to the USA for UNHCR. The
curation of this sale was made possible through the efforts of curators
Katrina Majkut, Nina Mdivani, and Adrienne Kochman of UIMA and
members of the Ukrainian Artists and Allies League. 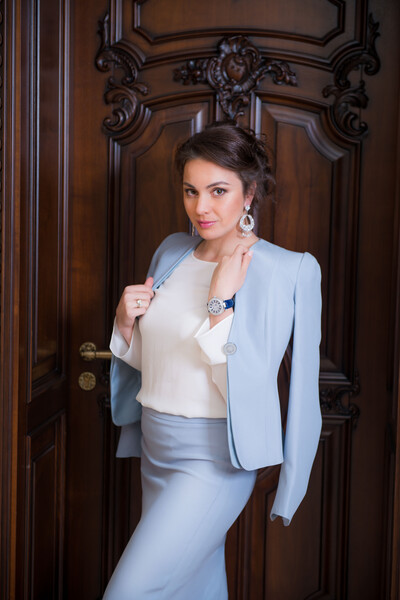